Who is Jean Monnet?

Jean Monnet was a French economist and public official who lived from 1888 to 1979. Since the First World War, he made efforts to provide unity in Europe. With the consideration of his efforts on French and British cooperation during the years of war, he was appointed as the Secretary General of League of Nations in 1919. With similar efforts, he tried to establish unity and peace in the world.

During the Second World War period, Jean Monnet continued to work on cooperation between France and Britain. In 1940, he designed the “joint communique”, a federal union between France and Great Britain. This design was to unite both countries and the union was described as follows: “The two governments shall declare that in the future France and Great Britain will no longer be two nations but a single Anglo-French Union. The constitution of the Union will entail common organizations for defense, foreign policy and economic affairs. The two Parliaments will be officially united.” His proposal was approved by Churchill and de Gaulle

During one of his speeches in 1943, Jean Monnet emphasized that unless the states are reconstituted on the basis of national sovereignty, there will be no peace in Europe and that the countries of Europe are too small to guarantee their peoples the necessary prosperity and social development as the European states must constitute themselves into a federation. Unfortunately, his desperate attempts failed to prevent the defeat of France because the French political class had already settled for the defeat. After the war, Monnet proposed a “global plan for modernization and economic development” to the French government. He was appointed as the Planning Commissioner to carry out the essential work for reconstruction of the French economy. In 1947, Monnet authored the Monnet Plan for French economic revival, which led to French participation in the Marshall Plan. In 1949, Monnet realized that the conflict between Germany and France was reaching to dangerous extents for the control of Ruhr, an important coal and steel region and he saw that it was necessary to concentrate the Franco-German coal and steel resources under the control of a European Government. After the proposal raised by the French Foreign Minister Robert Schuman, Monnet drafted the Schuman Plan. Robert Schuman accepted the plan and, in agreement with Adenauer, and made the motion public on 9 May 1950.

In 1951, with the Treaty of Paris, six countries (France, Germany, Italy, Belgium, Holland and Luxembourg) founded the European Coal and Steel Community (ECSC) which is the early precursor of today’s European Union. Jean Monnet, first president (1952-1955) of the ECSC, he evaluated the union as the first step in the economic and political integration of Europe and the European Union. The creation of the ECSC brought about the results envisaged by Jean Monnet. All aspects of the European problem were modified with Franco-German conciliation. There was a transition from conflict to political cooperation and this has enabled the development of the seeds of the democratic power contained in the ECSC project. In 1955, after the serious crisis provoked by France’s refusal to ratify the European Defense Community (EDC), Monnet resigned from his post as President of the High Authority of the ESCS. However, he continued to work and founded the Action Committee to struggle for political and economic integration and established the Movement Committee to adopt the idea of the United European States through structures other than official institutional structures, and in a sense became the first lobbyist in Europe. He devoted the rest of his life to the work of European unification. The idea of the European Union, whose seeds were sown by Jean Monnet, was developed over time and gained its present structure.

The basis formed in 1989, a Memorandum of Understanding was signed between the Republic of Turkey and the European Commission, afterwards the Jean Monnet Scholarship Program had started with the signing of financing agreement. Since then, it has been providing support to meet the human resource needs knowledgeable about the EU acquis and EU related issues. The oldest and most prestigious scholarship program in Turkey, has been named Jean Monnet, the originator of the European Union. In this context, this program also contributes to work in Turkey’s EU accession process. 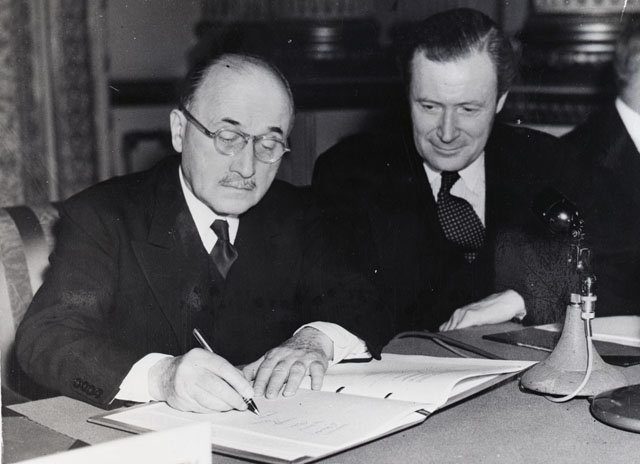 “We are not forming coalitions of states, we are uniting men ”
Jean Monnet 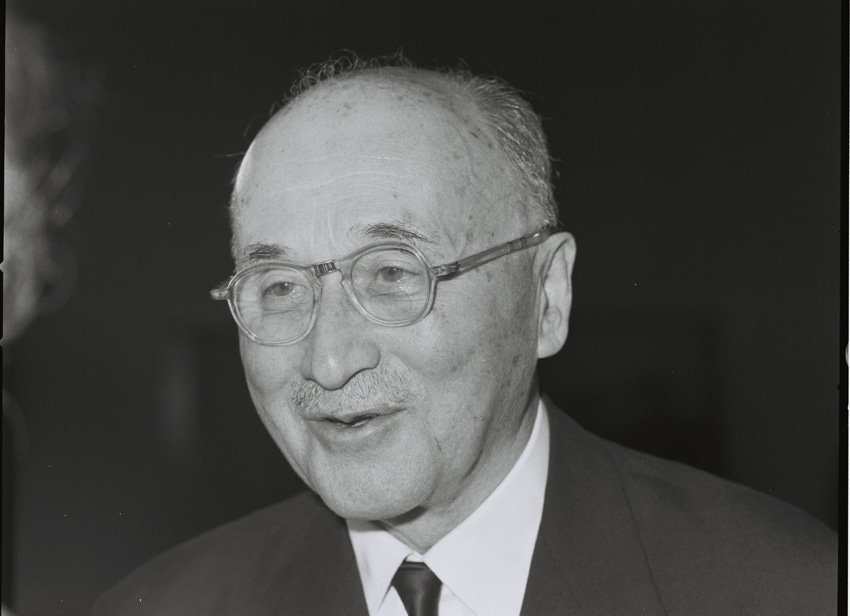 “Continue, continue, there is no future for the people of Europe other than in union,” Jean Monnet